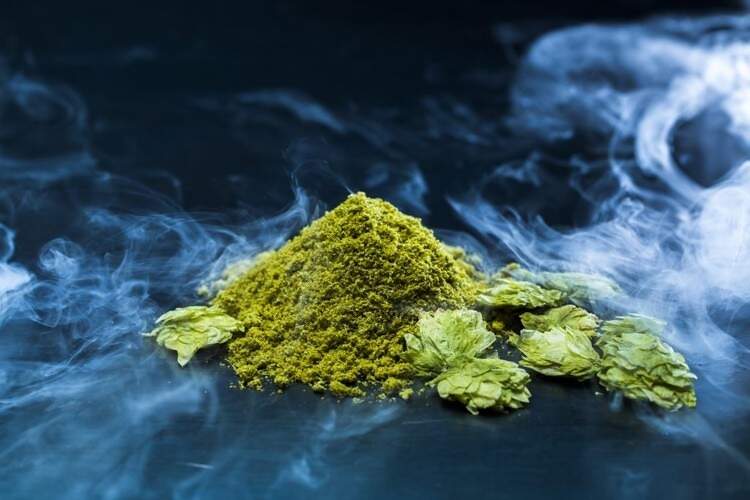 Cryo hops are quite the in vogue ingredient in the brewing of many beers in 2021, especially lighter beer. Breweries around the world are incorporating these cryo hops in their brews, bringing an interesting twist to some of the more popular hops like Mosaic, Centennial and of course, Citra.

But what are cryo hops? Is this mystery ingredient just a freeze-dried hop cone? Does it have a specific flavour or use in brewing that has led to its popularity? Where do you even get cryo hops? In our ultimate guide to this new-fangled hop style, we answer these questions and more to make you a font of knowledge on the matter.

What Are Cryo Hops?

Cryo hops are hop pellets that are created using the cryogenic method developed by global hop supplier Yakima Chief. These pellets are used in the brewing process and are often graded by their ratio of lupulin - the yellow powdery stuff inside the cone that holds all the flavour and oils - and brack, which is the green material of the cone itself that is less desirable.

The ratio of lupulin to brack needs to be as high as possible, and these high-ratio lupulin hop pellets are expensive as they're more production-heavy. Lower ratios are available but they will bring more flavours of the brack into beers, which isn't always desirable for many breweries.

Cryo hops have a high lupulin yield at a much lower cost to the brewer, largely because they're not as farm-intensive to create than other hop varieties. This low cost could explain their massively increased usage over the past 18 months as breweries look to tighten their belts and find more cost-effective options for brewing their beers amid the coronavirus pandemic.

How Are Cryo Hops Made?

Using Yakima Chief's patented cryogenic process, hops are separated into the lupulin and the brack at extremely low temperatures to preserve their integrity throughout the process. This happens in a nitrogen-rich environment which helps to prevent the degrading of the hops, resulting in less wastage, more flavour and a better quality end result. It's been said that using this technology results in hops that have almost doubled a hop's potency in pellet form.

Maintaining this environment to the point where the hops are turned into pellets allows the lupulin yield to be higher, concentrating the lupulin in the pellets at a much higher lupulin to brack ratio to make it go much further once it's added to the mixture than lower-yield versions.

What Flavour Do Cryo Hops Have?

The process of cryo-hopping not only helps to improve the concentration of lupulin, it also helps to reduce the amount of brack - the green stuff that makes up the hop structure - in the hop pellets. This reduces the grassy or piney notes that some hop varieties can have although this is often a feature of a beer itself. If a brewer is aiming to include those kinds of flavours, then they will opt for a hop pellet that has a much narrower ratio of brack to lupulin.

It's less about the flavour of the cryo hop but more about the hop variety used in the process. Cryo-hopping massively increases the intensity of the flavour due to the increased resin and oil load in cryo hop pellets, so if you're adding Citra cryo hops into a brew you will need to add fewer pellets than if you were adding regular Citra pellets to achieve the same effect, or you can add more hop pellets to give the massive flavour boost that is often associated with cryo hops.

What Are Cryo Hops Used For?

The main use of cryo hop varieties is to allow brewers to add bigger flavours to their beers without the associated flavours that come with it. You can add the same amount of essential oils in the form of the lupulin with a fraction of the brack, bringing a more pure flavour to beers.

Cryo hop pellets can be used in the same way as any other hop pellet: you can dry hop them, double dry hop them, add them to the wort or the mash or at any other stage of the brewing process. The high lupulin content means that you're guaranteed to achieve big flavours, amplifying the characteristic of hop varieties to a point that will stand out at whichever phase of brewing you add them.

Cryo hop varieties also reduce the amount of wastage, making the brewing process a more efficient one. This is mainly achieved by reducing the vegetative matter that goes into the hop pellets, meaning that there is less beer absorbed by the matter which then goes to waste. While only a small margin, this can have quite the impact when brewing at scale which makes cryo hops an attractive prospect for breweries looking to reduce their wastage and improve their return.

In terms of beer styles, cryo hops are predominantly used in the creation of IPAs and its derivatives, particularly the New England styles which are known for their fruitiness and lack of bitterness compared to other varieties.

Are Cryo Hops The Same As Lupulin Powder?

In a word, yes. But cryo hops in pellet form is a modern adaptation from the original version of Yakima Chief's cryo hops, which came in a powder initially. Brewers found this difficult to use in the brewing process, especially when adding it into a wort before the boil.

You can still get hop powders to use in the brewing process, but there are less versatile in terms of when in the process you can add them effectively.

Cryo hops is a registered trademark of Yakima Chief so wherever you can buy their hops, you can buy cryo hop versions. They're sold quite widely if you know where to go, with most brewer's shops carrying cryo hop versions of the more popular hops making them very accessible for homebrewers or small-batch brewers.

If you're looking for a hop variety that is more niche then you'll need to do a little more research and put some more effort in, but for the most part you can buy them from wherever you get your hops from. Here's list of a few popular cryo hop retailers:

Are Cryo Hops Worth It?

It depends entirely on what kind of flavour you want the beer to have. If you're wanting to create a beer that has a lot of tropical and fruity notes with as little bitterness as possible then cryo hops would be an excellent choice, but if you're wanting to make something that's a little more subtle or are looking to get some pine or grassy flavours into the beer, then you should probably choose a different kind of hop.

From our experience, beers that have been brewed with cryo hops are delicious and big on flavour: the fruity hit makes them very refreshing and easy to drink, but there are plenty of great beers that also benefit from bitterness and a little vegetative flavour, so it really depends entirely on your goal.

As far as value is concerned, there really isn't much difference in terms of price between cryo hops and other hop ratios like T90, so there's not a larger investment to consider. As with everything in brewing, it's all about the end product.