The Shy Retirer
WE RATE IT: 3 / 5
I don't know who is retiring or why they're shy about it, but if this is the beer that they'll be drinking in their retirement I would reconsider.
Brewed in Thirsk, UK by BAD Co
brewery website
27/07/2020

I don't know who is retiring or why they're shy about it, but if this is the beer that they'll be drinking in their retirement I would reconsider.

Shy by name and shy by nature, with a deftness of flavour that verges on the bland. 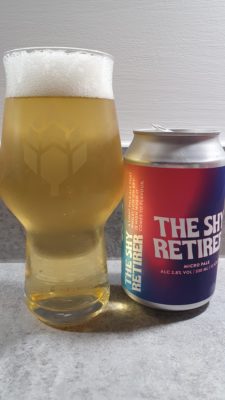 Low ABV at just 2.8% which makes it very light and drinkable, but it lacks anything with regards to depth of flavour, or flavour at all to be honest.

The aroma is quite delicate with grassy notes which are balanced with a touch of citrus, which is compounded at the pour which is a beautiful pale colour.

Plenty of fizz in this one give it a fine head, but the carbonation is more akin to a lager and made it hard to detect much flavour in the actual ale itself.

It's a little dry too, but it's very crisp and light which makes it a very refreshing ale to drink and very sessionable too.

The Shy Retirer: Can Notes

One name springs to mind when I think of this can design: Austin Powers. 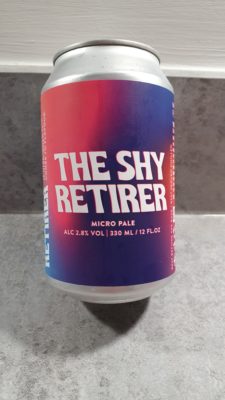 Groovy 70s style font on the front with the beer name and a colour fade of pink to blue wrapped around the can give it a look that wouldn't look out of place with the funky spy himself.

This a Flavourly exclusive brew so you'll have to head to there to check out this refreshing micro-pale for yourself. Let us know if you enjoyed it!