Sleeping Limes is something that on paper, shouldn't work. Limes? Too tart for beer, and what on earth is SALT doing in the equation?!

But boy, does it work. 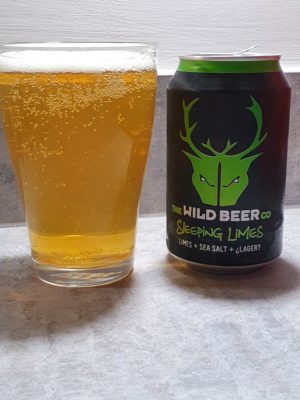 The Wild Beer Co have built on the inspiration brought from their Sleeping Lemons brew to make Sleeping Limes which is, essentially, a craft beer version of Corona.

The Corona analogy fits too when you learn of the Sleeping Limes providence as it is inspired by Brett @ The Wild Beer Co's love of Mexico and South American food.

Sleeping Limes carves out a niche in the sour-fruited gose market which is entirely justified given the ingredients, and it will be interesting to see if other breweries try to blend the two styles.

I loved this beer. I think it benefits from being chilled as that really helps add to the refreshing palette.

Somewhat controversially in beer circles I would love to try it over ice, but only if I can sit in a beer garden with a temperature of more than 25 degrees.

When you open the can you can immediately smell the fruity, limey aroma and as it's poured it is very pale and almost green-tinted, although that could be a clever trick of association with the can design.

As with everything about this beer, the lime takes centre stage. It's delicate enough to not let the sharp bitterness in, leaving just a hint of tang and sweetness.

The sea salt comes later, leaving a morish aftertaste that is perfect for enticing you into another sip - not that I needed to be enticed. The sea salt helps keep the beer level and rounds off the tangy sweetness of the lime nicely, leaving a taste not dissimilar to, but much more satisfying than, a few Coronas with lime wedges.

I love a good can design and this one is solid, as always, from The Wild Beer Co. 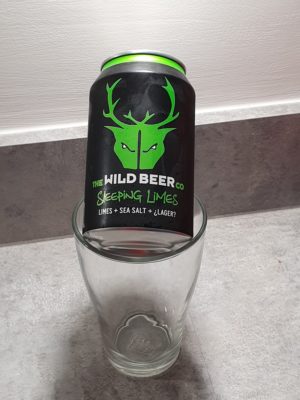 They have a formula that works and they stick with it. Although it's not the most exciting design it IS eye-catching and the bright green stags certainly stick out. Simple, bold and effective, if a little unimaginative.

You can get your hands on this summer-smash hit online at Honest Brew for £1.99 for members. An absolute bargain.