Rollover
WE RATE IT: 4.25 / 5
As you'd expect with the citra and mosaic hops, there's a lot of fruitiness in the aroma and this stays with the beer all the way through into the aftertaste.
Brewed in Dublin, Ireland by Whiplash
brewery websitebuy now // £2.77
26/07/2020

Rollover is one of a number of low ABV IPAs which are popular at the moment, weighing in at just 3.8% to make it more of a sessionable beer rather than a heavy, strong one. 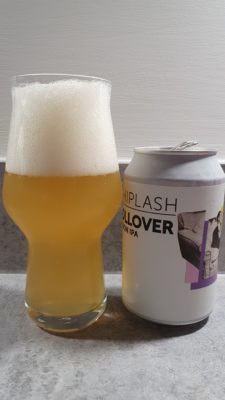 Despite the name, rolling over is not a good description of this one. It packs plenty of punch and flavour while staying light which all adds to it's appeal when drinking more than a couple of them. Which is very easy to do.

As you'd expect with the citra and mosaic hops, there's a lot of fruitiness in the aroma and this stays with the beer all the way through into the aftertaste.

It pours a light golden colour which is slightly cloudy and carries a head well. On the tongue it's hoppy yet light, allowing a touch of fruit into the flavour but not so much that it covers the hops or is too much, balancing it perfectly.

The aftertaste carries much of the delicate fruitiness into it, but there's also a hint of maltiness there too which is enough to leave you a little thirsty and wanting to come back for more.

Simple, elegant and curious. A mostly creamy white can with a Warhol-esque piece of art on the side that features a couple dressed in 50s attire, lounging on a sofa. 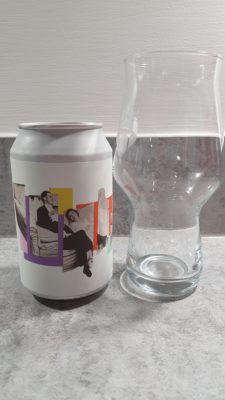 It's very popart, very elegant and very effective, with the large bold letters of the name of the beer and the brewery on the other side.

You can experience how easy it is to rollover to loving this one at Honest Brew for the value price of just £2.77 for members and £2.99 otherwise.