Rocky Road Ice Cream
WE RATE IT: 4.75 / 5
The line between rich and overpowering is fine, but Amundsen have been walking it for a long time with their Dessert In A Can range. With expertise of an Olympic gymnast.
Brewed in Oslo, Norway by Amundsen Brewery
brewery websitebuy now // £7.39
03/10/2020

It can be hard to strike a balance with dessert beers. The line between decadently rich and overpowering is a fine one, but it’s a line that Amundsen have been waking for a long time; demonstrating the expertise of an Olympic gymnast. 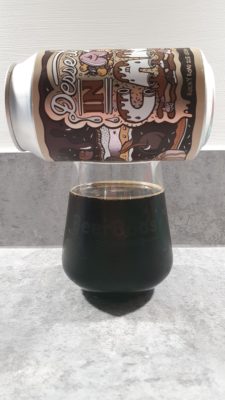 When these guys say something is a dessert beer, you can be sure that it will be exactly what it says on the tin. This one is Rocky Road Ice Cream which is just one of the ‘Dessert In A Can’ range that Amundsen brew.

There’s an almond-style sweetness to the aroma that is a reminder of desserts right of the bat, with a pour that’s so thick you almost need a scoop to get it out of the can.

The flavour isn’t just sweet, it really is like a rocky road. There’s sickly sweetness of marshmallow combining really well with the chocolate, which is a touch more bitter and balances it out nicely so it’s not overpowering.

The aftertaste leaves some of the sweetness behind and is more chocolatey, making me want more.

The striking thing about this is that although it’s 10.5% ABV, there’s virtually no alcohol taste to it. All you get is the delicious flavours of the beer without the alcohol.

The ‘can’ is pouring chocolate out while the ‘dessert’ is written into chocolate sauce, with plenty of marshmallow and biscuit floating around too. 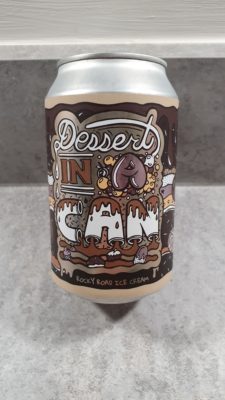 It’s a great can design it really is, every look provides something different and it really makes your mouth water.

Buy Rocky Road Ice Cream Dessert In A Can Stout

You can get this decadent dessert beer online at Honest Brew for the princely sum of £7.39 for members.

It’s a little more expensive than other, similar strength beers but it’s imported from Norway and to be honest, for the quality it’s a great value beverage.