Millionaire Stout
WE RATE IT: 4 / 5
Things that have 'millionaire' in their name are synonymous with indulgence, and this tasty morsel by The Wild Beer Co is no different.
Brewed in Bristol, UK by The Wild Beer Co
brewery websitebuy now // £2.12
29/07/2020

Things that have 'millionaire' in their name are synonymous with indulgence, and this tasty morsel by The Wild Beer Co is no different.

Stouts are generally rich and flavoursome, but this takes it to another level with the subtle sweetness of the milk stout combining with the chocolate and caramel flavour. It's genuinely like a dessert in a can. 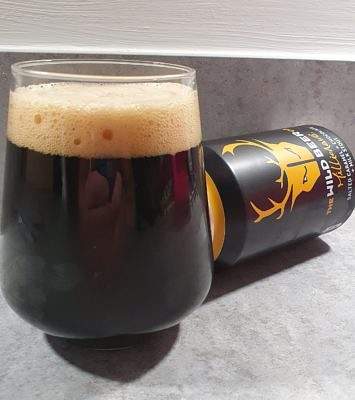 And they know it too. Describing it as a beer that 'wraps you in a velvety cocoon, dresses you in a smart suit and takes you out for a special night on the tiles', The Wild Beer Co know exactly how decadent a brew this is.

Sweetness, as you would expect, pervades from this stout as some as the can is popped. It fills your nostrils all through the pour, like sniffing a dessert as it makes its way towards you from across the restaurant, as you top the beer off with a caramel coloured head atop a mahogany brown body.

Surprisingly the initial flavour is an earthy chocolate flavour which comes from the cocoa nibs, but that combined with the caramel soon brings its sweet factor into play; however, there is a slightly metallic tang in there too.

As the sweetness fades, the Cornish Sea Salt is evident at the back of the mouth which leaves just a hint of savoury, lending balance to the vast, VAST sweetness of the rest of the beer.

Not ones to mess with a formula that works, The Wild Beer Co have stuck true to form with this one with their stag motif on the front surrounded by the black can. 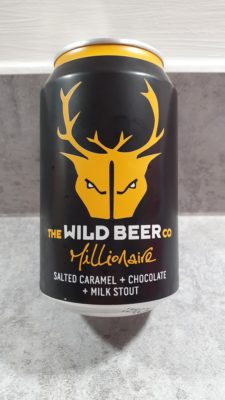 The colour could only be described as caramel brown which matches the head of the beer and the taste itself in a show of remarkable consistency.

Not one for the record books, but remains consistent with their branding.

Where To Buy Millionaire Stour?

You can pick it up at Honest Brew for a frankly unbelievable £2.12 for members and £2.29 otherwise. With savings like that, you'll be a millionaire in no time.

Unless, you know, you spend it on beer like us.